Company Information
ICI is a multidisciplinary design firm led by the designer Peter Arnell. ICI has worked with countless top tier companies on brand design and design-led business development.
My Role and My Work
For about a year, I designed as a UX designer and also contributed my UI skills for our clients such as Digicel and Lowe's. Because I agreed to sign an NDA, I can share what impact I had while designing at ICI, what I've learned, and some of the launched products that is in the app store today!
Cilents
During my time at ICI, Digicel and Lowe's were our main clients. My main role was to improve and innovate the user experience for the existing applications under Digicel and iterate user experience for Lowe's Kobalt packaging design that involved scanning of a QR code leading to a mobile-based website.

Digicel is a Caribbean telecommunications network and home entertainment provider operating in 33 markets across the Caribbean, Central America, and Oceania regions.
Lowe's is an American retail company specializing in home improvement. Under Lowe's Kobalt packaging design, I specifically worked on creating the user experience for the mobile-web interaction between the QR code interaction and the consumers.

My Contribution to Digicel Products 👇

MyDigicel Mobile App
• 5,000,000+ Installs on the Google Play Store
• Rating of the application increased from below 3 stars to 4 stars

My Role:
• Worked with the creative director, product manager, 2 UX designers, UI designer
• Designed different versions of the visuals for the app stores
• Evaluated the Beta version to compare the delivered design and the developed application and constantly communicated back and forth with the engineers. 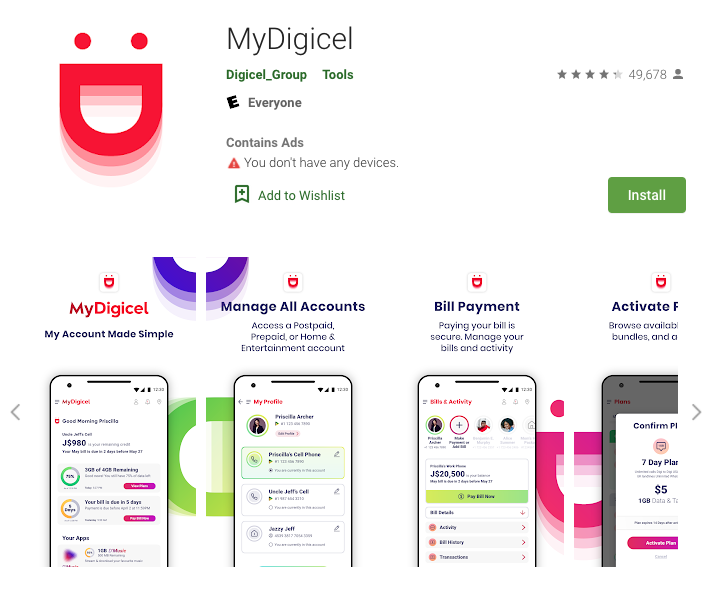 My Role
• Worked with the creative director, and the UI designer
• Re-designing the UI of the application
• Converting iOS screens to Android and vice versa 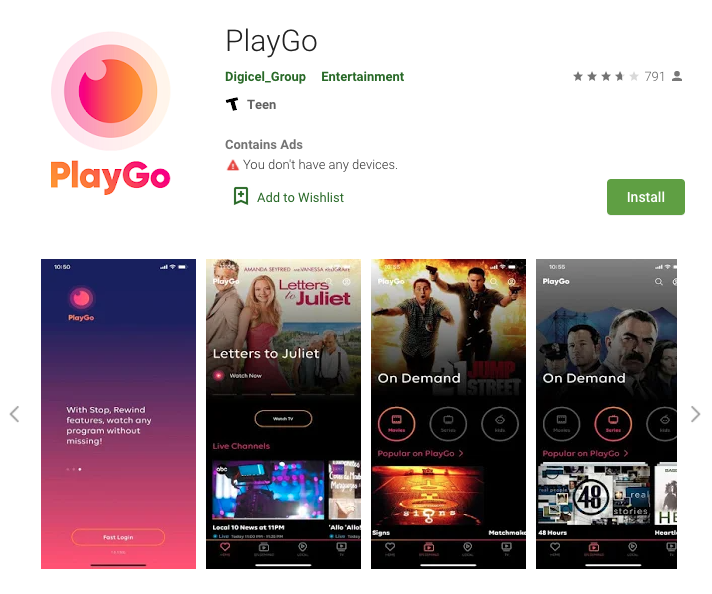 SportsMax Mobile App
My Role
• Improved the current application for better user experience and user interface elements
• Worked with the creative director, product manager and the UI designer
• I was in charge of analyzing the existing experience and ideating a newly updated version of the application
• Created wireframes for overall flow of the potential screens based on pain points and client requirements
‍
UI Color Principles
• Consistent - color should be applied throughout the screens consistently and be compatible with the branding
• Distinct - Color should create distinction between elements, with sufficient contrast between them
• Intentional - Color should be applied purposefully as it can covey meaning in multiple ways 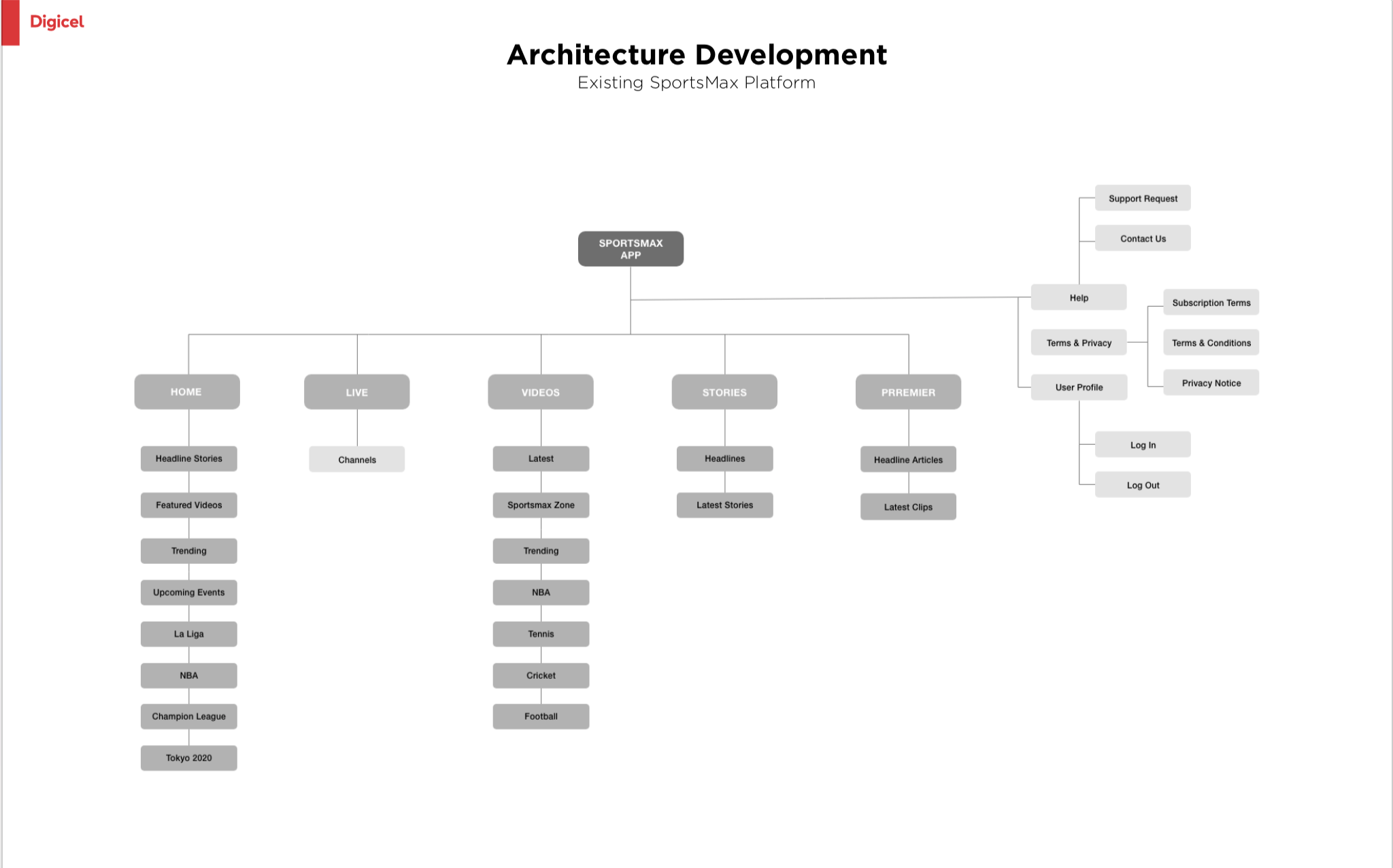 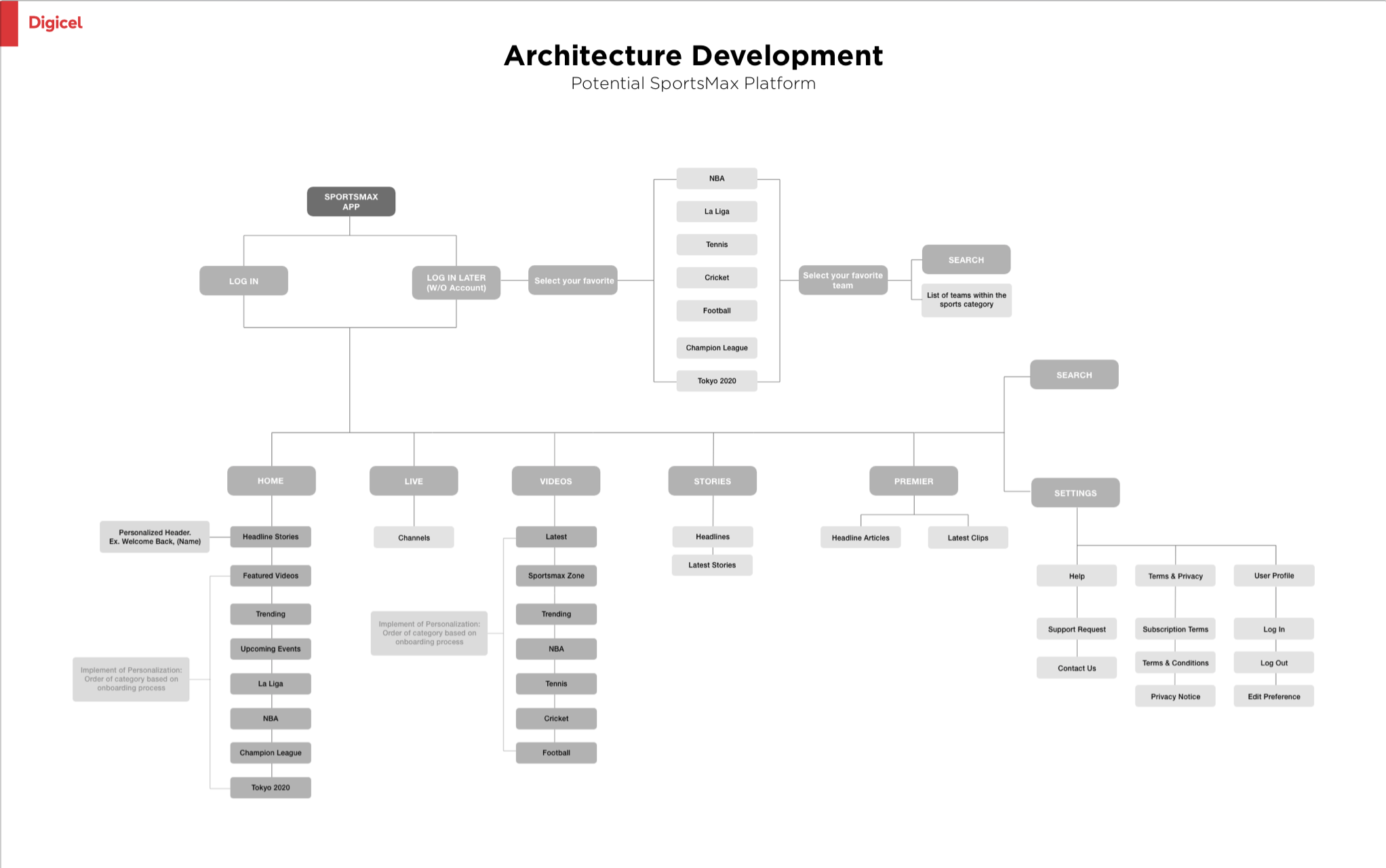 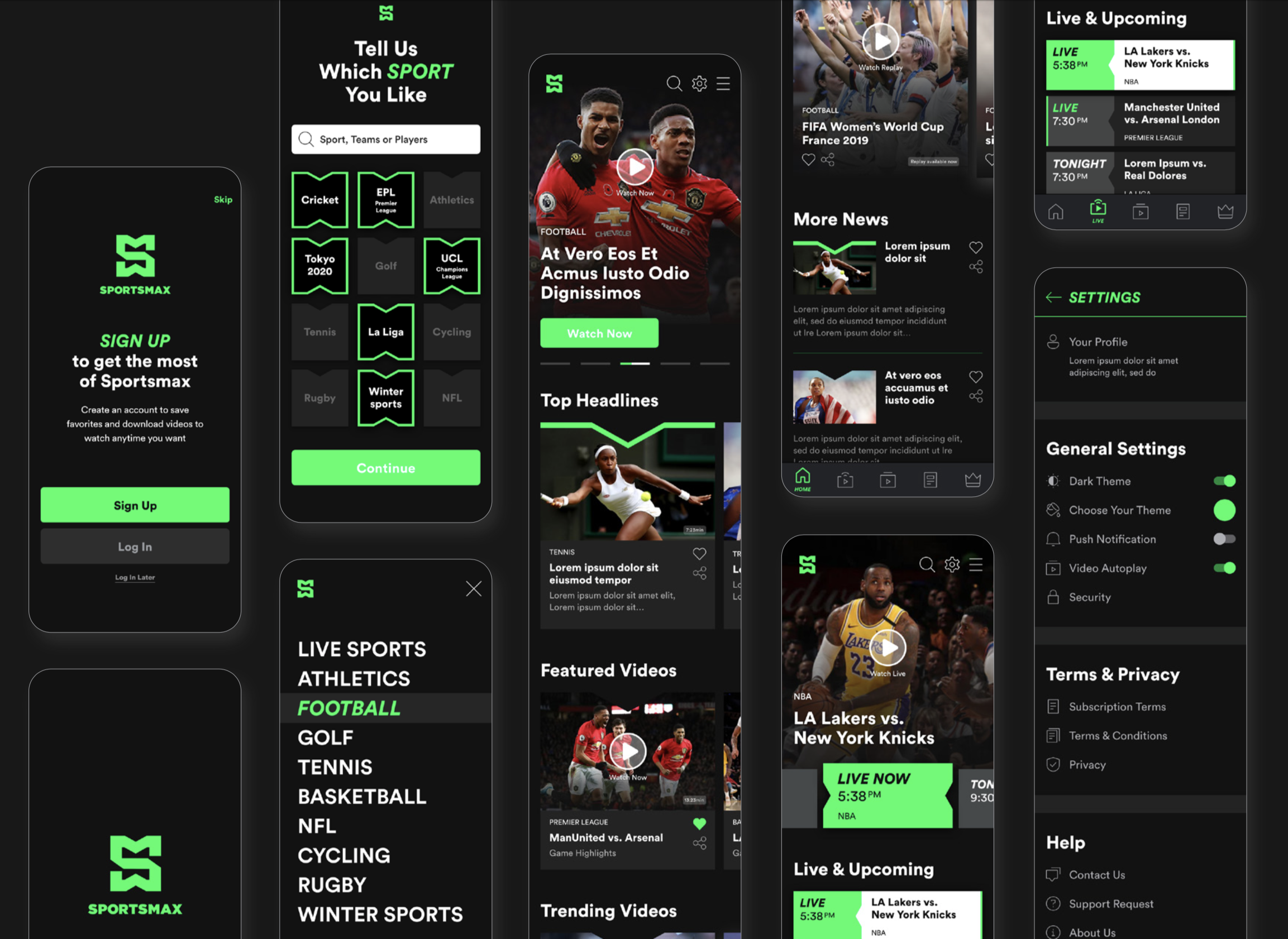 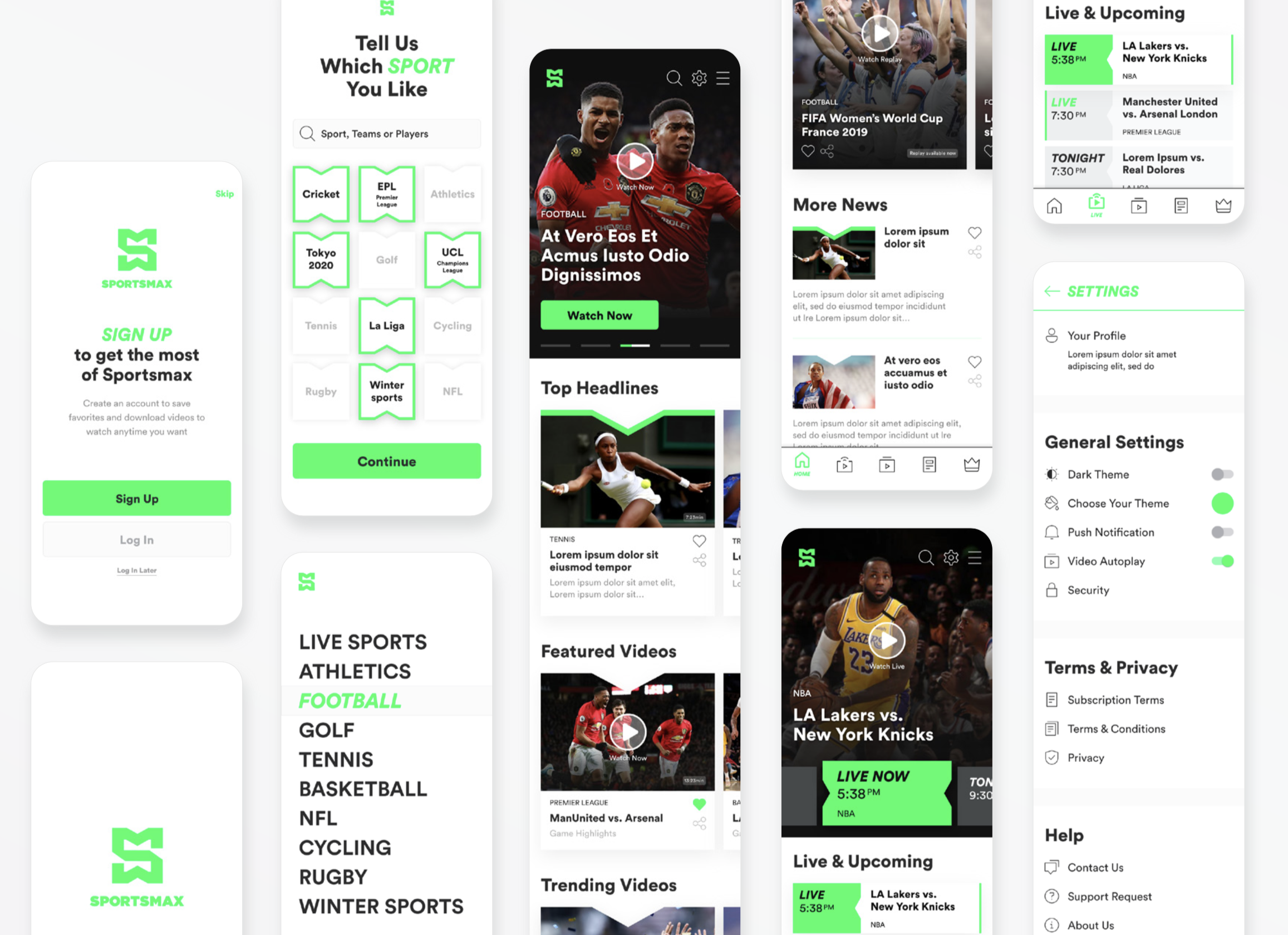 My Contribution to Lowe's Kobalt Packaging👇

Lowe's Kobalt Packaging Design (QR Code and Mobile-web)
My Role
• Designed variations of QR code designs that will be integrated in the Kobalt's packaging design.
• Worked with the creative director and graphic designers.
• I was in charge of creating a product-to-consumer experience for Kobalt's packaging design.
• Designed mobile-web pop up screens for when the QR code is scanned. 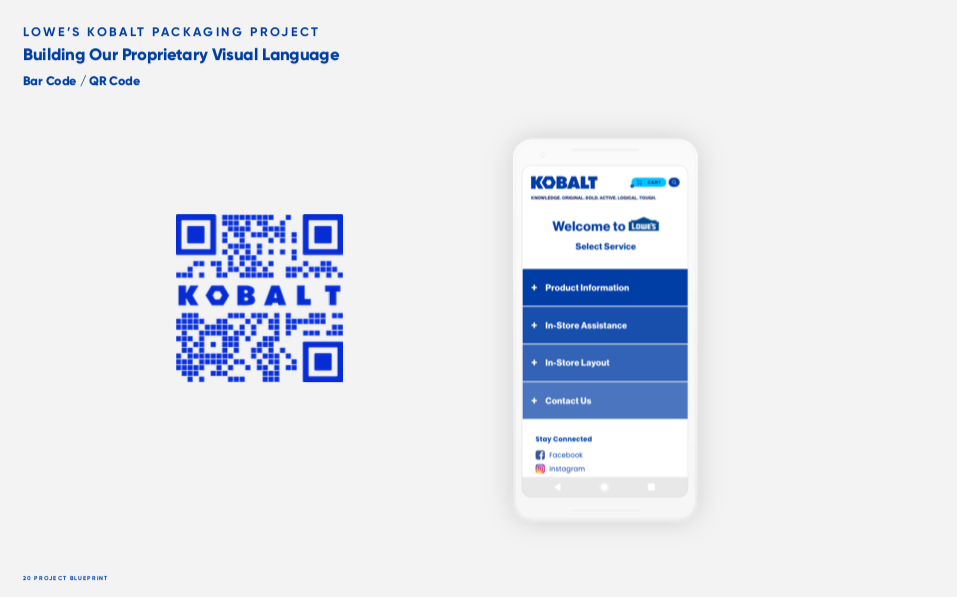 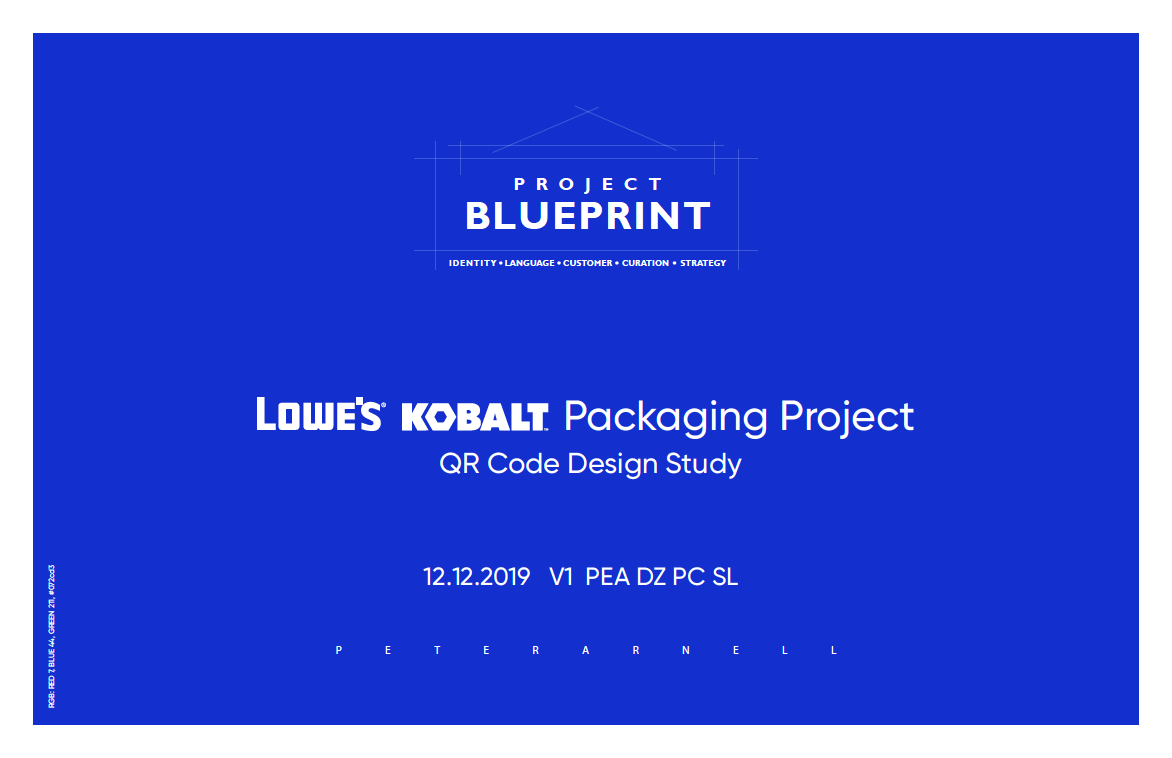 What I learned
• Importance of communication between cross-functional teams - When I was given the responsibility to test out the Beta version before release and after release, there were many instances where the design was not implemented in some screens. However, it was essential to let the engineers know about the impact of each of the miniscule differences would make for the users experience. Creating visual guidelines and pointing out each of the differences helped the engineers see and make changes according to the given design.
‍
• Time constraints - Because the clients pushed for certain deadlines and requirements, working at an agency helped me to realize how to manage time for projects. All the team members had to be aware and in agreement to each deadlines (effective communication is necessary).

• Lack of user feedback - Although it was exciting to be involved in various projects each in individual stages, the weakness would be the lack of user research and the connection between the user and the designers. I personally learned how in the future, I want to be able to do user research, usability testings and rely on data-driven results because I believe being able to empathize with the users will bring out the real human problems, and help the design process overall for successful results.

Thank you for your time